It is said that the entirety of the ancient world’s knowledge could be found in the Royal Library of Alexandria (Egypt), built in the third century BCE. That might be so, but for what sometimes seems like the entirety of the modern world’s promulgators of, places for and perks from knowledge, all you need do is take out your Métro map, nestle into a quiet corner and wish yourself bon voyage through the encyclopedia of station names*:

Jumping for geography? Alésia, Anvers (French for Antwerp), Argentine, Crimée (Crimea), Danube, Europe, (Gare d’)Austerlitz, Montparnasse-(Bienvenüe) (as in: Mount Parnassus, the home of the Muses in Greek mythology [Fulgence Bienvenüe (1852-1936), by the way, was a  civil engineer known as the Father of the Métro. Without the accent on the “u,” his name is the word for “welcom” – literally “well” + “come.”]), (Place d’)Italie, Pyramides, (Réaumur)-Sébastopol, Rome, (Sèvres)-Babylone, Stalingrad, plus those in Portes (below), etc.

Here are some with pleasant sounding and/or evocative names: Chemin Vert (Green Pathway), Gaïté (Gaiety – when it still meant “cheerfulness”), Jasmin, La Défense, Nation, Ourcq (per a nearby canal: this is just a great name, with fun spelling!), Poissonnière (Fishwife; different from Marcadet – Poissonniers, the second word of which is fishmonger), République, Rue de la Pompe (well, there must have been a pump there), Télégraphe (ditto a telegraph office), Villejuif (Jew Town?), etc.

And some associated with fascinating stories (maybe we’ll share more in upcoming articles):

If you read French, you can get the story behind each of the 300+ station names in: 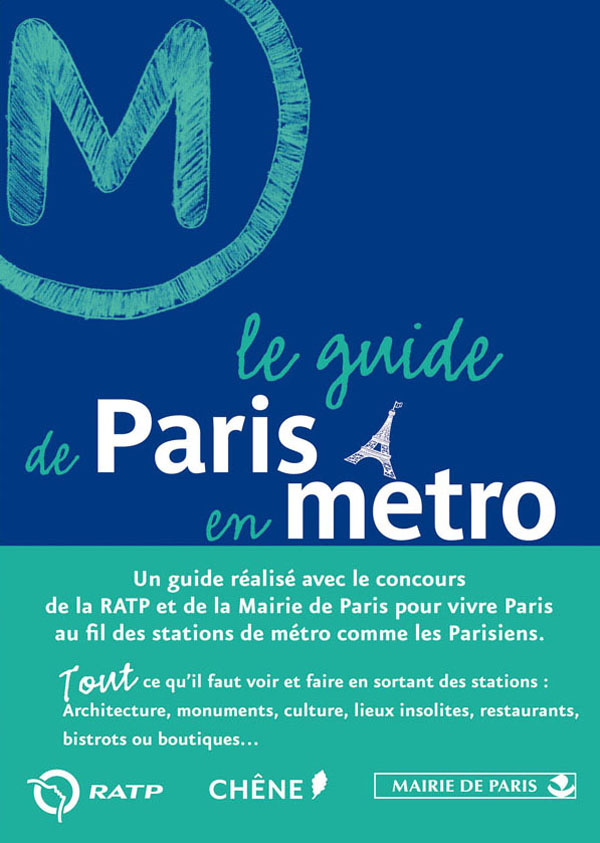 * This is a very, very incomplete list. There are 303 stations!